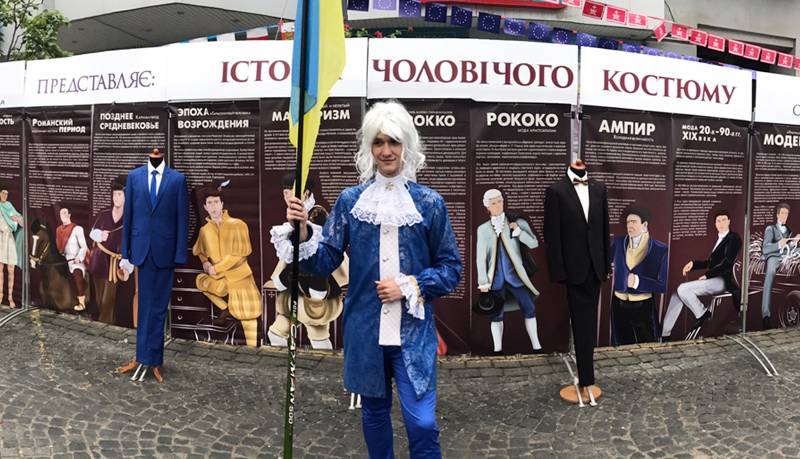 The collective of the garment factory “Volodarka” at the celebration of Europe Day in Vinnytsia presented the history of the creation of the mens European costume in the theatrical improvisation. Residents and visitors of the city were able to penetrate the atmosphere of inventions in style and innovations in mens clothing for many centuries. With a smiling protagonist, all the photos were taken. Also interesting gifts were presented from TM “Capo Carisma”. We hasten to remind that TM “Capo Carisma” is a brand of the powerful enterprise “Volodarka”, which already almost a century supports the quality and modernity in the production of classical mens clothing.